When US wage growth finally exceeded 3% y/y back in October for the first time since the Great Recession, some questioned if it was sustainable. We argued yes and that it could ramp up from there. After December’s 3.2% y/y print, that came true. At least for now…

What gave us such conviction? Our monthly close review of the Job Openings and Labor Turnover Survey (JOLTS), which is one month delayed but gives more details lying beneath the headline numbers in the Friday Jobs Report. Here’s the metrics we’ve been monitoring in JOLTS to measure worker confidence and wage growth (November 2018 is the latest available data):

With more employers looking for workers than those searching for jobs or hiring and minimal job competition, workers are positioned well in terms of their bargaining power. In this context, strengthening wage growth makes sense.

That said, is this a sign of a market top? Here’s where we are in the cycle according to the latest data in JOLTS (again as of November 2018):

Bottom line, while the labor market remains robust, the trend is not our friend as we see it starting to slow. That’s not to say the US labor market can’t keep growing modestly along with wage growth going forward, but we still think it likely peaked over the summer of 2018. 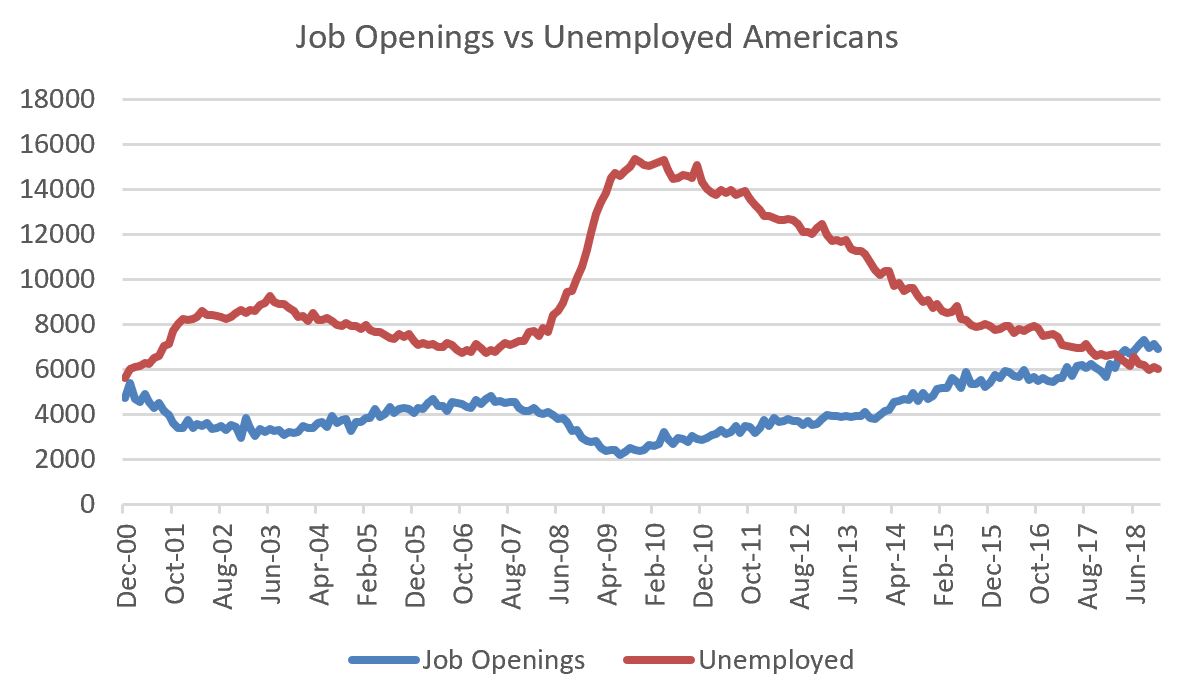